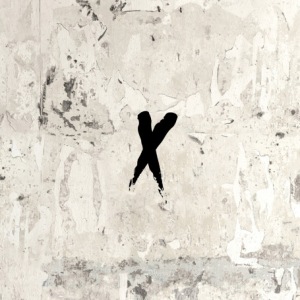 Coming off the heels of his Sophomore album ‘Malibu’, Anderson .Paak has returned with his second release of 2016. This time around, the Oxnard, R&B singer/rapper has teamed up with Underground Hip-Hop producer Knxwledge, in their latest endeavor: Yes Lawd!. Yes Lawd! is a 19 track collaborative project by Nx Worries, the duos group pseudonym, who have come together for their first full-length collaborative album after dropping their debut EP back in 2015. Released through the Underground Hip-Hop label Stones Throw Records, Yes Lawd! is 49 minutes of old school, dusty, retro-sounding sample-based bliss with few tracks hardly ever crossing over the 3-minute mark.

Yes Lawd! is a stark contrast to .Paak’s previous projects (which featured a much more experimental sound and blending of genres giving each respective release a more alternative sound). Instead, here, Knxwledge’s traditional sample-based production brings vibes and sounds that will surely resonate with fans and listeners of prominent Underground Hip-Hop artists. Knxwledge’s production talents are put on full display as he crafts smooth, laid back soundscapes that artists such as MF Doom, Freddie Gibbs, Kendrick Lamar or Joey Bada$$ would have easily sounded right at home over. It’s no surprise seeing that Knxwledge has previously done production for both Kendrick Lamar’s ‘To Pimp a Butterfly’ and Joey Bada$$’s critically acclaimed debut mixtape ‘1999’ each respectively. On Yes Lawd! .Paak continues his style of mixing soulful crooning with interjections of borderline emceeing peppered throughout the album’s run time further blending the lines between the two. The album’s vast array soulful tracks and melodies can’t help but invoke memories of artists like Cee-Lo, D’angelo, Phonte from Little Brother with a tinge of the spirit of Katt Williams thrown in for good measure. All the while, still retaining a hard-nosed edge provided by the underground aesthetics of Knxwledge’s production. Since the end of the 90’s it’s been quite a rarity to hear mainstream R&B artists perform overproduction like this. In an era where close to every song is overproduced or auto-tuned, artists are trying their best to imitate Pop or EDM artists and confused R&B singers want to be rappers and even more confused rappers want to be R&B singers. It’s refreshing to hear a straight-up, unadulterated R&B album free of all the mainstream nonsense and trimmings. This album truly is an entirely different animal altogether. While it may take some listeners a little bit for the album to grow on them, the more one listens, the more it becomes evident Yes! Lawd is a unique piece of art. Yes Lawd! contains a lot of the common R&B love and romantic type theatrics for sure, but instead geared for pimps, players and hustlers instead of emotional females and whiny overly sensitive dudes that have largely come to comprise the genres core demographic. Anderson .Paak carries himself with all the confidence and swagger of an old school player, always in control and never missing a beat as he elegantly slides through each track.

Yes Lawd! features no guest appearances from any respective vocalist or emcees, a rarity given today’s climate in the music industry. This somewhat comes surprisingly as a disappointment given that the retro sampled based production seemingly begs to be blessed by vocals of any of the aforementioned artists. Had .Paak and Knxwledge enlisted any one of these artists for features they could have easily had a breakthrough single. However, it’s Yes Lawd!’s simplicity that makes the album and holds its beauty, much like groups of yesteryear back in the day like Gang Starr or Pete Rock & CL Smooth, Nx Worries is very much a one on one session between artist and the producer for the entirety of the album with no features. In this regard, one has to give both Anderson. Paak and Knxwledge props for having the confidence and conviction to put the album out with no guest features whatsoever. However, the notable lack of features is only further accentuated by the brevity of many of the tracks throughout the album. All of this aside, Anderson .Paak manages to hold his own, utilizing the same raspy vocal style with the laid back candor and ease of a seasoned pimp previously heard in his prior works.

Despite the album’s brevity and lack of guest appearances, Nx Worries brings a unique musical blend of classic R&B sensibilities paired with dusty underground production of a bygone era making it a rare breed amongst an oversaturated market of watered down and overproduced R&B offerings that have overrun the music scene for close to the past decade. Yes Lawd! dares to be original in an atmosphere where homogenized conformity seems to be the dominant trend in both the R&B as well as the Hip-Hop world as artists continue to rehash tired cliches and played out styles in their music. Together with Anderson .Paak and Knxwledge bring together the best of both worlds pairing old school sample-based production together with modern Neo-Soul sensibilities creating a project that feels familiar yet new all at the same time. Fans of Anderson .Paak’s previous endeavors will be pleased to hear his musical growth in motion, while those of Knxwledge may be introduced to an artist and genre they may have otherwise written off long ago prior to their collaboration. Nx Worries is proof that in an R&B and Hip-Hop scene both overrun by crossover pop artist, who rely on autotune, synths, an overreliance on guest appearances and a plethora of other played-out, gimmicky cliches, there is still a market for organic projects and collaborations free of influence or interference by overreaching mainstream constraints. It is hopeful that Yes Lawd! is just the first of many more full-length collaborations between Anderson .Paak and Knxwledge to come in the future.

Highlights on the album include ‘What More Can I Say’, ‘Kutless’, ‘Lyke Dis’, ’Scared Money’ and ‘Suede’ all which come from a unique blend of soulful smokey R&B offerings highlighted by the underground aesthetics of Knxwledge’s production with random non-sensical interludes to break the monotony.