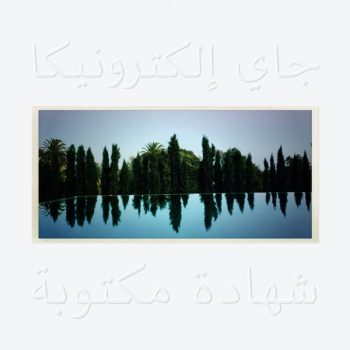 It’s an understatement to say that when it comes to discussions regarding the ‘greatest that never was’ in Hip-Hop, Jay Electronica is at the top of many lists. For close to fifteen years, since first rising to prominence in the early 2000s, the New Orleans emcee has time and time again proved himself to be an elusive figure in the genre and the epitome of an enigma in Hip-Hop. Having never released a true full-length project or album once since rising to popularity; perhaps no artist in the genre has been so tremendously touted and highly praised by Hip-Hop fans with such a minuscule body of work. With not so much as even a complete mixtape or EP to follow up his initial hype. After first coming to prominence after releasing ‘Act 1: Eternal Sunshine (The Pledge)’, a fifteen-minute track on his MySpace page back in 2007; as well as releasing two more singles entitled ‘Exhibit A (Transformations)’ and ‘Exhibit C’ both produced by Just Blaze, Jay Electronica quickly became touted as one of the forbearers of modern true school Hip-Hop. Following this first round of initial hype, Jay Electronica signed to Jay-Z’s Roc Nation in 2010; and announced that he would be releasing his debut album, Act II: Patents of Nobility (The Turn) through the label by 2011. As the deadline came and went, in the ten years since however, the album has been plagued by constant delays, push backs and a myriad of behind the scenes drama which has delayed the album’s release. For years fans have been subject to a cascade of false rumors, hints, teases and even the occasional announcement from Jay Electronica himself only for the project never to materialize and fade back into obscurity.

All of that changed however last month, after more than a decade of only releasing the occasional single and appearing on a handful of sporadic features loyal fans have finally been rewarded with an official album after tentatively waiting for a full-length release. After much delay, the embattled emcee, at last, released his full-length debut album. Not in the form of Act II: Patents of Nobility (The Turn) which has for all intents and purposes has been permanently shelved, but as a brand new project entitled A Written Testimony. Needless to say, coming nearly thirteen years after first launching onto the scene in 2007, a lot has changed in both the world and Hip-Hop since first arriving on the underground Hip-Hop scene. For many listeners, it’s a surreal experience listening to an album that almost every fan surely thought would never actually see the light of day.

So after a decade-plus long wait, how does Jay Electronica’s debut hold up? Clocking in at an exceptionally slim run time of only a mere thirty-nine minutes, the ten-track album is a mixed bag of occasional brilliance intermixed with general mediocrity. First, it should be noted that A Written Testimony is not so much a solo debut from Jay Electronica, but more or less a joint album himself and Jay-Z. All tracks with the exception of the album’s opening interlude track, “The Overwhelming Event” and the ever so brief  “Fruits of the Spirit” feature uncredited vocals by Jay-Z. Rather than a true debut, the album sounds and feels more like an unofficial joint venture with Jay-Z and is as much a Jay-Z album as it is Jay Electronica’s. Many have made already inevitable comparisons to Raekwon and Ghostface Killah’s relationship on Only Built 4 Cuban Linx. However, while Ghostface was like a co-star to Raekwon’s headlining on Only Built 4 Cuban Linx, Jay-Z, unfortunately, sounds more like a life coach pushing Jay Electronica to scrape through the album’s measly thirty-nine minute run time. Perhaps more accurately, the album essentially functions as a conscious/underground version of Watch the Throne replacing the polished production of Kanye West with the more stripped-down dusty basement production that has come to embody much of Jay Electronica’s past work. But, to be fair, on paper the producer line-up featured on A Written Testimony does actually seem somewhat promising. The ten-track album features production from an assortment of producers such as Swizz Beats, Hit-Boy, No I.D. and Khruangbin, with the rest primarily handled by Jay Electronica himself who is credited on six out of ten tracks.

The initial veneer of the album’s production, however, quickly wears off the deeper and deeper fans’ progress into the album’s brief run time. To be upfront, the album contains no unreleased material from the past decade. So, any fans hoping for continuations for Exhibit A or C will be sorely disappointed. Likewise, Just Blaze who produced much of Jay Electronica’s early singles makes not production contributions on A Written Testimony. If the album sounds rushed, that’s because with the exception of “Shiny Suit Theory” (previously released as single all the way back in 2010) the album was primarily recorded during a forty-day period, from December 2019 to February 2020. A disappointment, seeing how fans had to wait over a decade for what is essentially a joint Jay-Z album that was all recorded in the length of just over a month.

A Written Testimony isn’t without its highlights however, “The Ghost of Soulja slim”, a tribute to the rapper/songwriter who like Jay Electronica also comes from the infamous Magnolia Projects in New Orleans Louisiana. Jay Electronica both in regards flow and production channels his inner M.F. Doom with a flow reminiscent of Wu-Tang affiliate Killah Priest. An aspect that is only accentuated by the track’s production sounding eerily similar to the RZA classic Wu-Tang production he popularized in the early 90s. Other highlights include “The Never Ending Story” a spacey, synthesizer-heavy track that utilizing a sample from 70s Argentinian artist Litto Nebbia. Accompanied by singer the Dream, both Jay-Z and Jay Electronica rap over stripped-down production devoid of any drums or percussion. An irony, seeing how Jay-Z at one time use to blast former nemesis Nas for crafting similar songs during their rivalry. “Shiny Suit Theory”, although previously released as a single back in 2010 is also a much-welcomed addition, even if its inclusion filled the album’s already meager track listing with previously released material. While some fans may find it a little disappointing that ten-year-old material was included on the album, it only feels right seeing how the track was Jay-Z’s first collaboration with Jay Electronica and fits right at home on A Written Testimony.

Other notable tracks include “Fruits of the Spirit”, the only solo track present on the album excluding the album’s intro. Utilizing a soulful sample from The Imaginations, courtesy of producer No I.D. the song is perfect showcase of the stripped genius which brought Jay Electronica to critical acclaim in the first place. Sadly, the song only consists of one verse, and lasting only the length of 1:35 fans are sure to be underwhelmed by the album’s only solo offering. Much like “The Never Ending Story”, “Ezekiel’s Wheel” is another spacey, synthesizer-heavy track. At a run time of 6:48 it is easily the longest track present on A Written Testimony. With minimal percussion, the track showcases Lo-Fi Hip-Hop production that Jay Electronica seems to be most comfortable. And finally, the album concludes with “A.P.I.D.T.A.”, s song paying tribute lost loved ones, featuring and oddly subdued Jay-Z which bookends the album on a somber note. The album, however, isn’t without its missteps. An attribute that is felt all the much harder given the album’s already short run time and very small margin for error. While the Lo-Fi, space production on tracks such as “The Never Ending Story” and “Ezekiel’s Wheel”, others such as “The Blinding”, Universal soldier”, “Flux Capacitor” don’t neatly pull off this exception nearly as well. With heavy distortion, noisy, cluttered production and a haphazardly acknowledgment from Jay-Z regarding his questionable business partnership with the NFLon “Flux Capacitor”; it’s tracks like these where A Written Testimony really starts to lose its focus and never truly recovers.

Sadly, while the album does have its high moments; A Written Testimony has the unfair burden of living up to inflated expectations and delivering after a decade-plus long delay. This is only made worse coupled along with the fact that the project is ultimately, in essence, a joint album between himself and Jay-Z that was recorded in forty days. What we are ultimately given is a rushed project that literally over a decade to incubate. As much as it pains me to say, A Written Testimony is a subpar debut effort from Jay Electronica and a far cry from standards and expectations set by his decisions to delay the album for an unbearably long amount of time. In all honesty, A Written Testimony probably should have just been an official collaboration album between himself and Jay-Z. A Jay-Z collaboration undoubtedly would have turned heads a decade ago, however despite his elder status; Jay-Z’s presence just simply doesn’t hold the weight that it once did. In fact, if anything on too many occasions Jay-Z actually upstages Jay Electronica throughout the album. Simply put, Jay-Z’s verses fill in way too many of the album’s gaps on a project that already is lacking much input from Jay Electronica. A Written Testimony just never truly ever feels like a debut album and is hampered by the glaring lack of structure and direction. On paper, the album appears to have all the elements one would expect from a Jay Electronica album, dusty Lo-Fi beats, numerous vocals from the honorable minister Louis Farrakhan and filled to the brim with 5 percenter knowledge and wisdom with superfluous references to the Nation of Islam. Yet it all still somehow manages to fall flat.

While it is very cool to hear Jay-Z spit over production he seldom utilizes, (and Jay Electronica does indeed bring a very different Jay-Z out on these tracks) even Jay’s presence isn’t enough to make up for the fact that Jay Electronica simply doesn’t deliver the amount effort most fans would expect after such a long delay. It’s an understatement to say that the initial buzz that surrounded Jay Electronica’s mysterious and rapid rise to prominence in the first several years of his relevancy has mostly dissipated. And now, even with the full support of Jay-Z and the label behind him, most casual music listeners and hardcore fans alike will likely move on or simply not care after one listen. For years Jay Electronica has teased and taunted fans with sparse, vague and often cryptic updates regarding the album’s status and release date; continuously delayed and pushed back for years on end. And now that it is finally here most fans will likely be disappointed after waiting over a decade for what is essentially a joint Jay-Z album, all recorded in the length of just over a month. A Written Testimony is certainly not ‘turn-up’ music. It is not a project that casual listeners (and even long time fans for that matter) are going to get into with just one listen or even multiple listens. A Written Testimony had the promise of being a truly monumental project. After years of delay, troubled production and receiving the full support of Jay-Z himself the project sadly rings hallow. Seeing how only Kanye West and Beyonce have Jay-Z on their album’s as much as Jay Electronica; Jay-Z’s presence and participation say a lot about what he must think of Jay Eletonica’s talent and craftsmanship. Sadly, whatever that may be; its hard to believe that much of that is what made it on to A Written Testimony.

A Written Testimony is currently available to stream on exclusively on Spotify and Tidal. Physical copies on vinyl, cassette and CD are available and can be purchased exclusively on Jay Electronica’s own official website.

8.”Fruits of the Spirit”

3 thoughts on “Forever and a Day: After More Than a Decade, Jay Electronica Releases His Debut Album ‘A Written Testimony’ ”